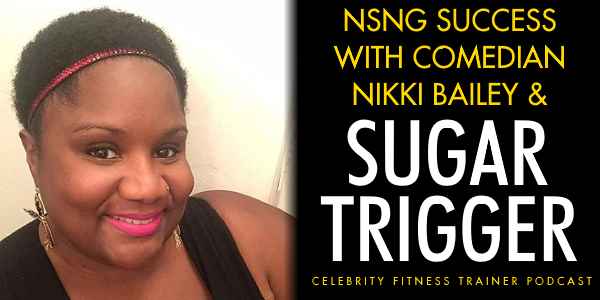 : Episode 598 – Vinnie Tortorich and Anna Vocino talk to comedian Nikki Bailey about comedy and feeling good by eating properly, and the two also discuss The Biggest Loser, and “sugar trigger”.