Holding the title of one of the ‘Sexiest Women’ by GQ and landing the coveted title of GQ’s ‘International Model of the Year’, actress and model Charlotte McKinney will be on the silver screen this year with the indie film THE ARGUMENT, starring Maggie Q (“Designated Survivor”) and Dan Fogler (“The Walking Dead”) and comedy film GUEST HOUSE, starring Pauly Shore (“Son In Law”) and Billy Zane (“Titanic”), along with Sony Pictures’ 2020 supernatural horror film, FANTASY ISLAND.

The social media darling grew up in Orlando and climbed the modeling ladder from Miami to Malibu. In 2015 she got her break when she graced the small screen with millions of viewers watching her au naturel in a Carl’s Jr. “All Natural” Super Bowl commercial, which garnered an astounding 4.5 billion impressions in less than a year of its launch. She returned to television screens across the U.S. when her second campaign with the fast-food chain launched, making Charlotte the first-ever returning lead star for the brand.

In addition to pursuing acting and modeling, McKinney is a longtime proud supporter of Best Buddies, a nonprofit organization that aims to create opportunities for those with developmental disabilities. She also works heavily with Children’s Hospital Los Angeles. Outside of work and her philanthropic work, Charlotte aims to live a healthy and active life by practicing hot yoga and Pilates, along with maintaining a clean and healthy diet. 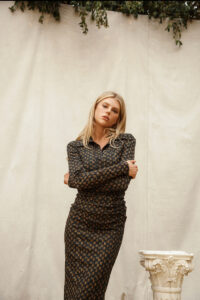 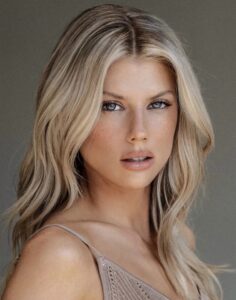 REVIEWS: Please submit your REVIEW after you watch my films. Your positive REVIEW does matter!