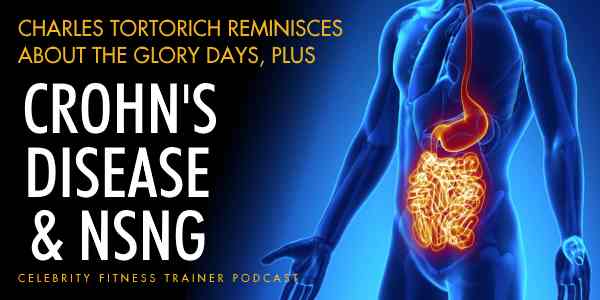 : Episode 577 – Charles “Frankie” Tortorich, Vinnie’s brother is an NSNG success story. He and Vinnie reminisce about their Glory Days in HS sports, Charles’ Crohn’s disease and NSNG, and how Charles started listening to what Vinnie says about nutrition.