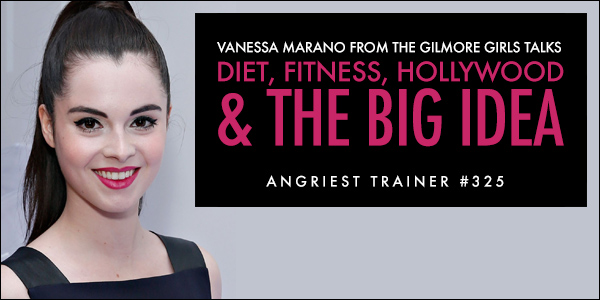 Today’s guest is actress, Vanessa Marano, who has been acting since she was 8 years old. She is known for her work in “Without a Trace” and “The Gilmore Girls” just to name a few. Vanessa and Vinnie talk about being a child actor, Hollywood, diet and fitness and most importantly her involvement with The Christopher and Dana Reeve Foundation and their current campaign, The Big Idea.  The advances that have been made for people with paralysis is truly amazing.

How Vanessa Got Started in Acting

The Christopher and Dana Reeve Foundation

What You Can Do