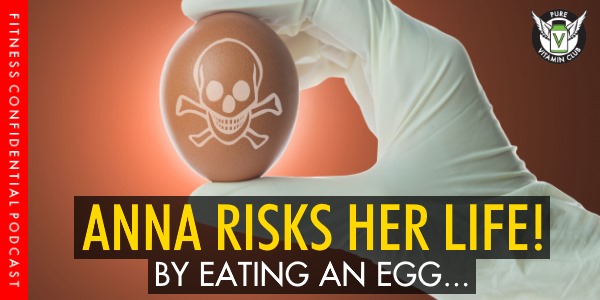 : Episode 976 – Anna & Vinnie talk about their former guest, fruitarian Arnstein who was convicted of felony fraud and Anna risks her life (according to Dr. Michael Greger) by eating an egg and testing her resulting blood sugar…