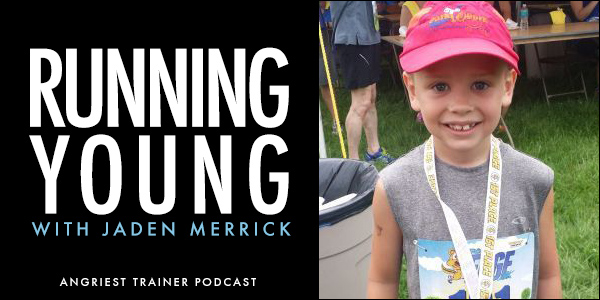 Welcome to this week’s Friday 1 on 1 Angriest Trainer podcast with Vinnie Tortorich and guest Jaden Merrick.  Jaden Merrick is a 7 year old runner who is an extremely competitive runner with a true love for the sport.