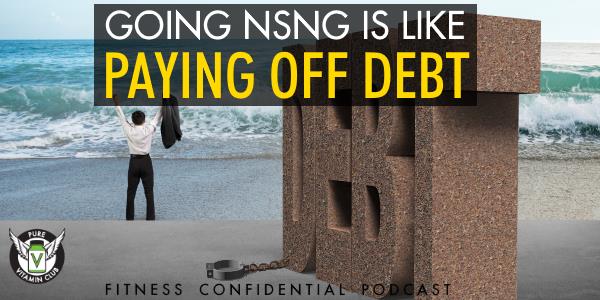 : Episode 898 –  (NOTE: This is a repeat of episode 875 which aired on August 12th.) Listener David shares his NSNG success story where he loses 47 lbs in 4 months (his wife lost 23!) and talks about how going NSNG is like paying off debt (a la Dave Ramsey).