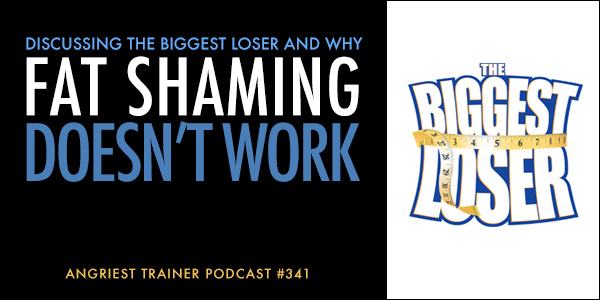 Vinnie and Anna discuss an article that recently appeared in the New York Post. It was written by a former contestant of the popular reality show “The Biggest Loser”. She reveals the unhealthy, inhumane, degrading treatment contestants are routinely subjected to and how generally contestants gained back all the weight they lost once they were off the show. Today, Vinnie puts the “angry” into The Angriest Trainer. Stay tuned and listen to Vinnie as he takes on “The Biggest Loser” and reveals the truth…

THE SHOW IS A FAT-SHAMING DISASTER…AND PEOPLE LOVE IT

WHAT THE CONTESTANTS ARE PUT THROUGH