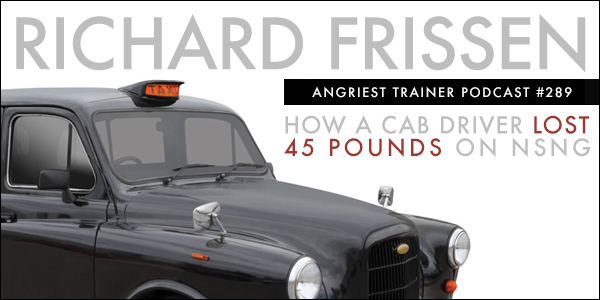 Richard Frissen is not an ultra-athlete. Richard is a cabbie in London who found Vinnie’s Podcast while sitting in his cab with his iPad. He was looking for a solution to his weight and health challenges. Since starting NSNG last October, Richard has lost 45 pounds and has started the NSNG UK Facebook Page. Vinnie and Richard discuss the life-changing benefits of living the NSNG life.

Here are some of the highlights…

How Richard Started Out

How Our Eating Habits Have Changed