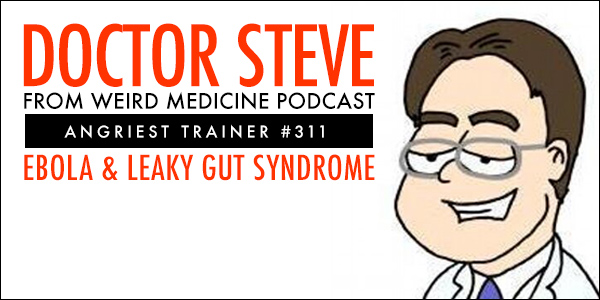 Ebola… just the mention of it makes people panic.  What’s true and what is media hype?  How does it spread?  Is there a drug or vaccine to cure it?  Vinnie discusses Ebola with Dr. Steve, host of “Weird Medicine” which airs on SIrius Radio at 10 pm EST as well as his podcast…and these are totally different shows.  They also discuss health, well-being, diet and, of course, Vinnie somehow brings the show around to Dr. Steve’s personal sex life.

How Our Eating Habits Have Evolved