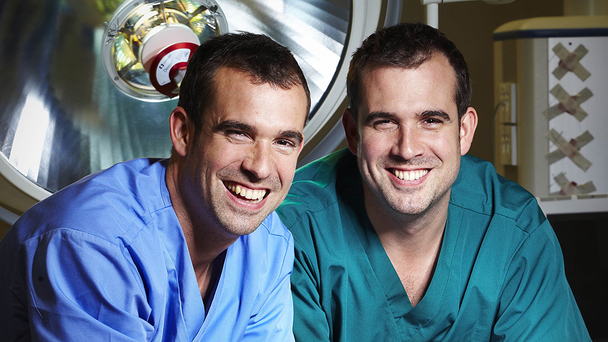 All of a sudden a few weeks ago, my inbox here at VinnieTortorich.com was flooded.

Sure, we receive a lot of mail every day. But there was a three-day period where things kind of got out of hand.

All of the extra mail pertained to one video floating around the Internet. It was put out by the BBC but done by Horizon. It was called Sugar v. Fat.

Usually when I agree with something, I receive some mail about it. But when someone is pushing a different agenda, my inbox runneth over.

I knew this couldn’t be good. I made it a point to watch as soon as I could.

It didn’t take me long, maybe 10 or 15 minutes in, to see there was a bias against the low-carb, high-fat diet.

At first, it was just a notion. You see, the “experiment” was to take two brothers – identical twins – and put one on a high-sugar diet while giving the other a high-fat diet.

The usual baselines were taken. Then the fun began.

The side note is that the Brits have always fancied low-fat, high-carb eating. Right from the get-go, I felt this study was preaching to the choir.

Early in the show, after only being on their respective diets for a few days, they were asked to do an aptitude test for mental clarity.

The test quickly showed the brother on the high-fat diet fared far worse than his brother, who was actively trying to decay his teeth with sugar.

There were too many variables to make this a fair assessment.

For one, it happened early in the experiment with the fat-eating brother not being used to eating a high-fat diet. We sometimes call this the keto flu (someone crossing over to fat has a day or two of fogginess).

Another experiment was when the two brothers rode stationary bikes for 45 minutes. At the end, one brother received a pat of butter. The sugar-eating brother had the equivalent in sugar. Then both were asked to ride a bike up a hill.

Again, high-fat brother didn’t fare well. No one seemed to want to note that high-fat brother started the competition heavier than his brother. He was now carrying more weight uphill, not to mention that nothing was said about a baseline taken before the experiment.

At the end of 30 days, more blood work was done. Of course, the doctors found the sugar-eating brother was in perfect health. I found that odd. The guy was pounding sugar around the clock.

But his brother? It was claimed if he didn’t stop his high-fat ways immediately, he would be in trouble. Again, nothing about baselines, just a lot of sensationalization (something the BBC wasn’t big on at one time).

I had the acclaimed Dr. John Briffa (www.drbriffa.com) on my Angriest Trainer Podcast this week. Just like me, he doesn’t have any skin in the game. He doesn’t make a dime whether you eat right or not. We have nothing to sell.

If you really want to hear somebody poke holes into this special, check out the podcast. You decide for yourself.