Roberts Story: Robert Stanton is a 55 year old comic who died once from a heart attack, then almost died again a few years later of a pulmonary embolism. After several procedures and medications the doctors couldn’t find the problem. Robert was told to get his affairs in order. Preparing for the worst, Robert took a farewell tour to The Netherlands to meet a very dear friend, said “Hello/Goodbye” then stopped off in Amsterdam to see @AdamCarolla. Later Robert was listening to Adams Podcast, @TheAdamCarollaShow (ACS) and first learned of me (Vinnie Tortorich) and the No Sugar No Grains way of eating. “I thought you were nuts!” said Robert. But Robert was willing to do anything to live and when @GinaGrad (Adam Carolla’s sidekick) said she was going head first into the No Sugar No Grains #NSNG lifestyle, Robert did the same.

Roberts Outcome: Before embracing and NSNG lifestyle robert weighed 364 lbs. One year later Robert has lost 159 lbs and no longer takes any of the 14 medications he was previously prescribed. “I am in the best health of my life!” says Robert. 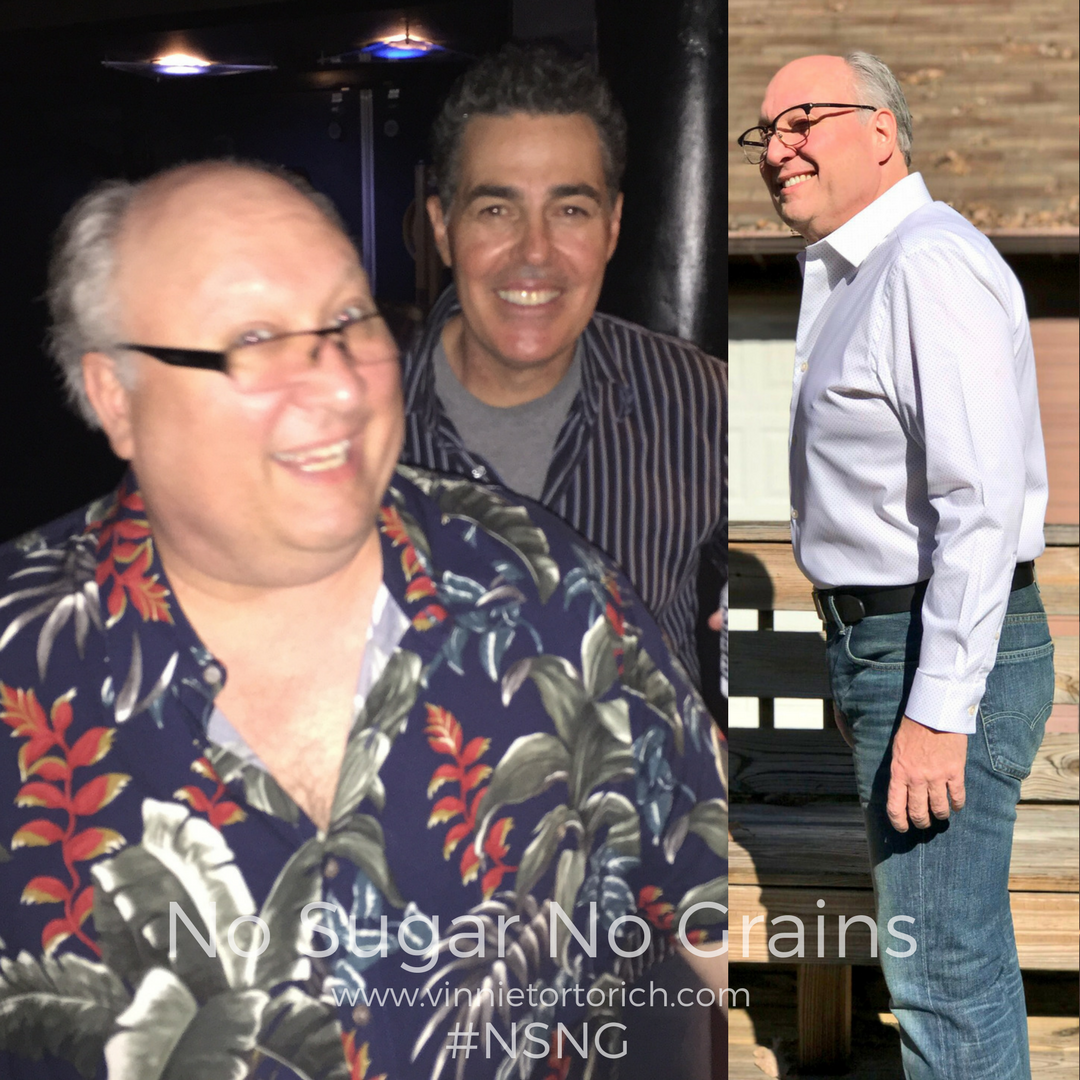 Roberts Father: In November Roberts father contracted the flu, he became septic and almost died. His Doctor said if he didn’t lose weight by cutting out sugar and carbs he would be at considerable risk. Robert says he was shocked a Doctor actually told him what he had been doing for the last year was the right thing. Roberts father fully committed to a No Sugars No Grains lifestyle and has lost over 25 lbs so far.

Roberts message: The most important part of his story came last week when as a 25+ year Type 2 Diabetic my father’s Doctor removed him from Insulin and Actos. Thank you Vinnie, from the bottom of my heart (which works now) and because of you I have my good intentions back! 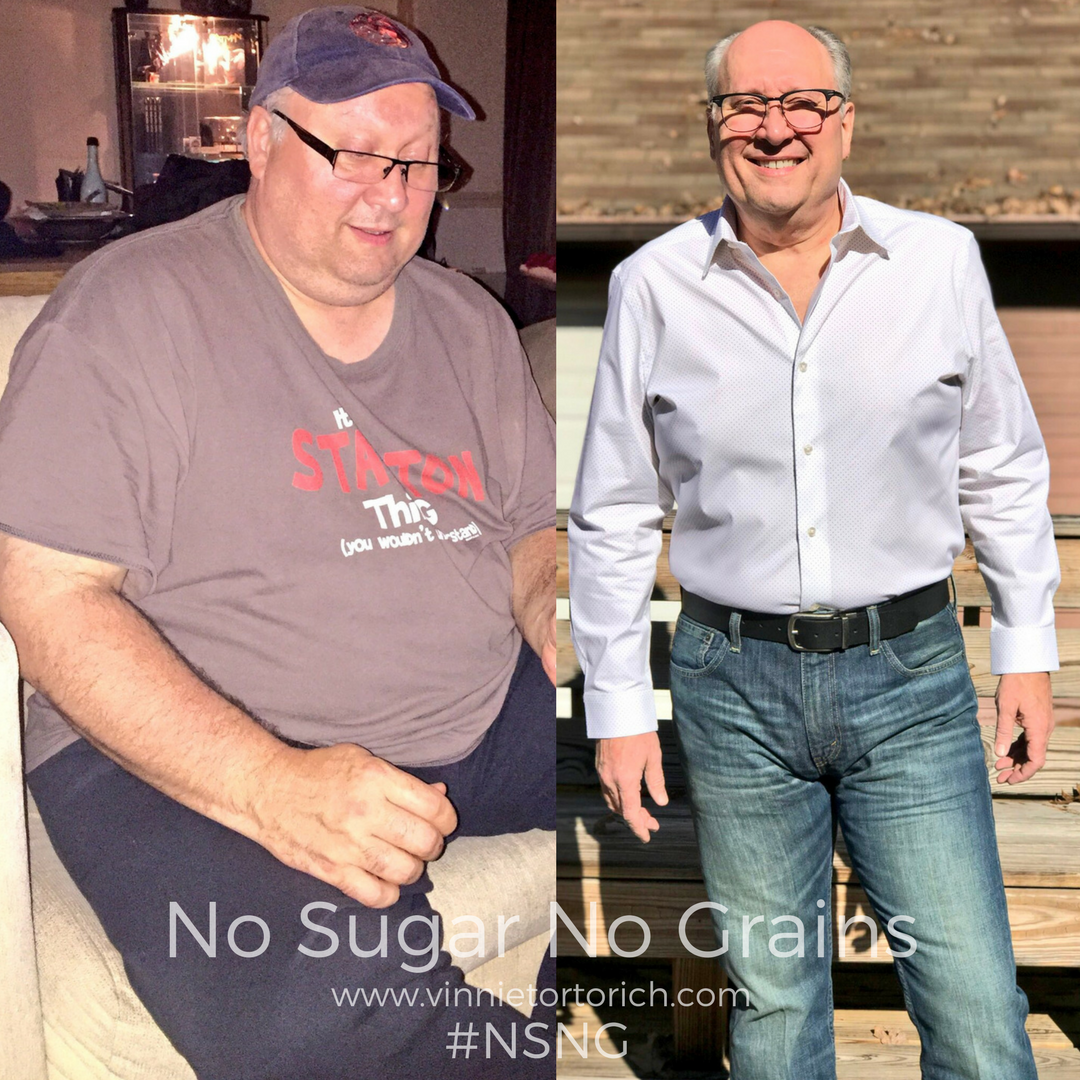 If you would like to share your NSNG story with Vinnie please email your photos and story to beforeandafternsng@gmail.com

Learn how to lose fat for good with a No Sugar No Grains lifestyle, please visit: Intro To NSNG

Put some life into living and do it with enthusiasm! 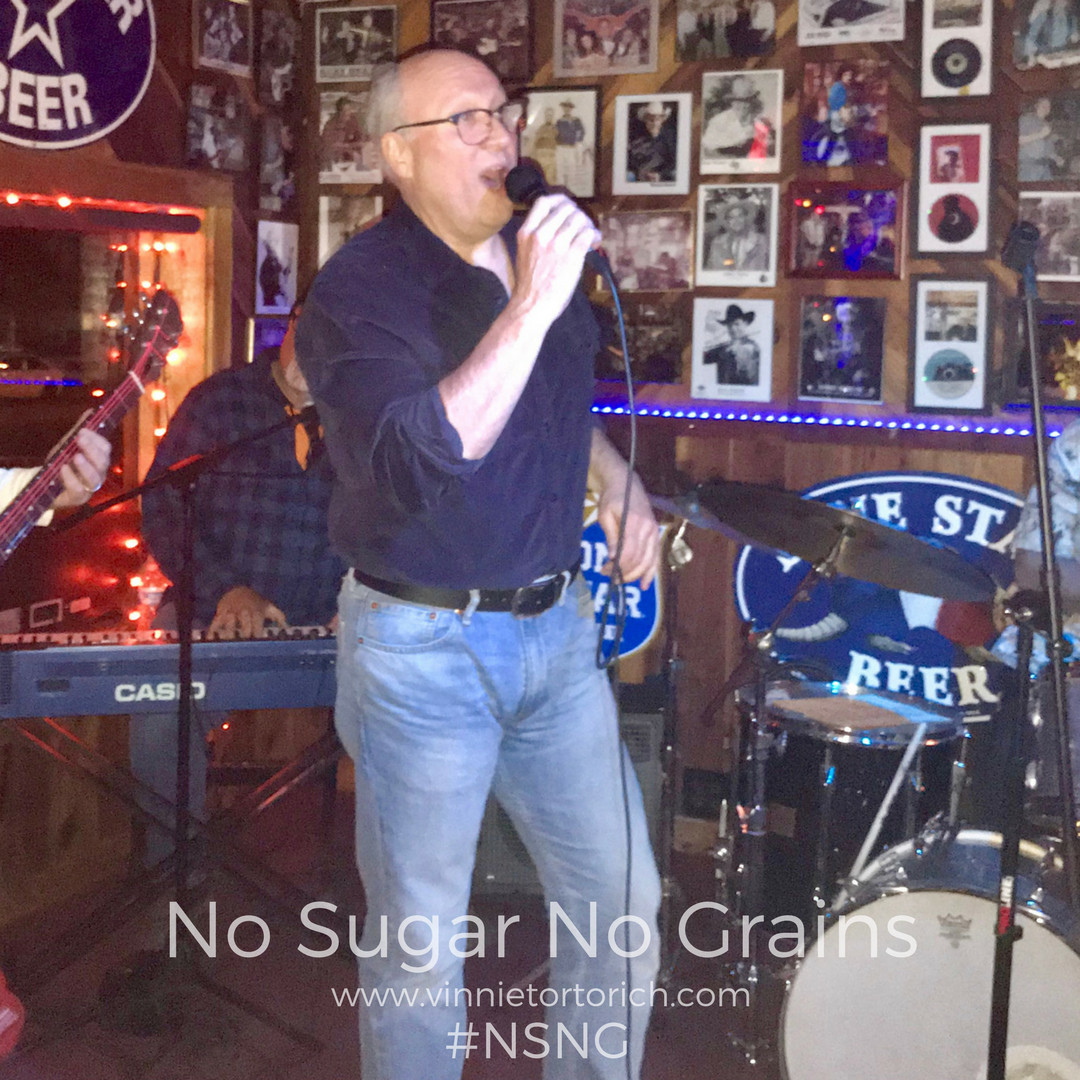 Want to learn more about the No Sugar No Grains (NSNG®) lifestyle? Click HERE