That simply means: If you’re having a holiday, then enjoy it. That’s what life is about. If you are watching your weight, but it’s your birthday, have a drink and some cakes. Just get back on schedule the next day. Same goes for holidays. Enjoy yourself.

There is one time of year that’s a little more difficult to watch our sugar intake. It’s the early spring.

In Louisiana, it starts with Mardi Gras. People bring King Cake to work. There’s no shortage of parties, balls and parades. New Orleans is its own den of inequity. Satan’s playground, if you will. God, I love that place. Nothing like it.

If you’re not from Louisiana, but in the United States, the perfect storm starts after Mardi Gras. You might not even know about it. It probably creeps up on you.

One day you show up at work and your boss or coworker has an order form for you. That’s when you realize, it’s Girl Scout Cookie season.

If you’re like me and you don’t have a boss or coworkers (or in my case no friends), it still happens. They’re everywhere. The grocery store entrance, next to the drug store, even gas stations and Starbucks. You’ve seen them.

They typically have the overzealous soccer mom who powdered her kids’ Ritalin in a coffee grinder and blew it up her nose. Now she’s wrangling seven or eight kids, asking “Please, sir, would you like some Girl Scout Cookies?”

The first thought is to say no, but they look at you with those beady little eyes. They have all of the favorites. They are well-stocked with Thin Mints, Samoas and Peanut Butter Sandwich.

Over the next few weeks you eat them, constantly adding to the insulin surge that makes us fat. By the time you’re finished the final box, you’re fucked. You realize Easter candy is now on the shelf.

Milk chocolate shaped like rabbits, Peeps…it’s all there. It’s so cute how could it be bad for you. The sugar addiction gets even worse.

Sure, you’ve heard me say only eat junk during holidays and let it go, but it’s like the holidays never seem to end anymore.

There’s an even more sinister way that sugar has found its way into our diet. The other day I was working with a girl. She’s not a normal client of mine. Let’s call her Kelly since that’s her name.

She’s a triathlete. I think we all know what triathletes do. They run as if it’s going out of style, swim until their arms almost fall off, then ride a bike until they can’t see straight. In their world, that’s a Tuesday.

By definition, if you go with the calorie in, calorie out theory, they should be the leanest people on the planet. Yet they’re not.

Kelly, who is quite fit, is worried about the spare tire she sees around her waist. By all accounts, she’s not fat. She just wanted to lose a few pounds. She was wondering with all of the exercise she does, how could she possibly have extra weight?

I pointed to the bottle in her hand. It was filled with a purple elixir. The name? Gatorade.

Every one of the “ades” out there (like Powerade) uses sugar. As fast as these triathletes burn calories, they’re putting them back on ten fold in an unhealthy way.

Chocolate milk people are saying their product is the best way to recuperate after a workout. They’re even sponsoring events. Don’t be fooled – it’s big business and sugar is cheap. They make money by you ingesting their cheap products.

60 Minutes had an interesting piece on it. Don’t take my word, click it and watch it: here. 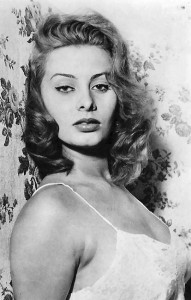