I don’t even know what that means, but I do.

Why? They think I’m worth something.

Let me explain. A couple of years ago I started this blog on my old site, Save Gas Burn Fat.

Somehow it became popular. I had followers.

At some point, someone got jealous and hacked my site. So I said to hell with it.

After some prodding and convincing from friends asking about the blog, I decided to do it again.

Low and behold, I have followers again. Enough to make people interested in what I’m doing.

I tried to explain to them why I got popular in the first place. I have two things: my balls and a point of view. I’m not afraid to put either one on the chopping block.

My “people” agreed. Then gave me some bull about catching more flys with honey.

Another thing my “people” want? Mention health and fitness in my blog. I’ll mention something about it before the end of this blog, so just keep reading.

My “people” want to turn me into a brand. Trust me folks, it’ll never happen. My last name is Tortorich, which doesn’t exactly roll off the tongue.

Today the commissioner of professional football in the United States handed down a stiff sentence to the New Orleans Saints. In the interest of honesty, I’m from Louisiana. But I can give a rat’s ass about the Saints. If they win, lose or draw, my life doesn’t change.

That being said, I think the team had a lot to do with New Orleans as a city getting back on its feet. Winning the Super Bowl made the folks in the city and Louisiana as a whole believers again.

I also want to say that I don’t think it’s right for any player to cheap-shot or hurt another player. If you are playing within the rules of the game, your job is to knock the crap out of someone else if you’re on defense.

How do I know this? I played the game.

I started playing before puberty and went on to play in college on a full scholarship.

One thing you are taught from day one is to go 120 percent. Then go for 130 percent. You don’t pull a punch.

I’ll never forget lacing them up the first time. I walked out to a muddy field in the swamps of Louisiana. My defensive coach, Lou Latino, told me to forget about my friends on the other side of the ball and annihilate them.

When I did, I was praised. When I didn’t, I was yelled at. Same went for everyone else.

Goodell, or whatever your name is, you can’t have it both ways. Football is a violent sport. People get hurt.

Let’s face it: The NFL has its double standards. They claim to have zero tolerance for drugs. I have news for you…anabolic steroids are widely used in the league. That can do more damage than a blow on the field.

You want a clean league? Get the players to pee in cup.

You won’t do that, Goodell. You know the truth. You just pay lip service to having a zero tolerance for drugs.

Do the Saints deserve reprimand? Absolutely.

But to completely cripple a team, and hurt the livelihood of these players, who only have a few years before retiring, is tragic. That’s just my opinion.

By the way, you want to lost weight? Cut back on sugar. 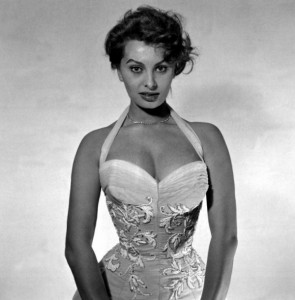