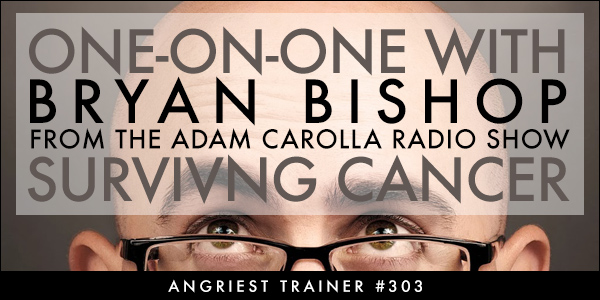 Today’s guest is Bryan Bishop, aka “Bald Bryan” who is best know for being part of the Adam Carrolla Radio Show.  They now host one of the most-listened to Podcasts on the internet.  At age 29. Bryan was diagnosed with a brain tumor and went on to write the New York Times best-seller book, “Shrinkage”.  Vinnie and Bryan discuss the “cancer journey”, writing a book and getting published.