When I was a kid, I believed in Santa Claus. I believed that a jolly, fat man in a red outfit with black boots and a long, white beard would fly around in a magic sleigh.

That story gets even bigger. I was told those flying reindeer would pull that sleigh and that fat man around the globe once a year on Dec. 25. Why? He would deliver gifts to children everywhere.

Now here’s the crazy part. I really did buy into the whole thing. Why? Everyone around me seemed to believe it.

By the time I was 6 years old, my belief started to wane. The world seemed too big. I had a problem with the concept of the chimney he supposedly slid down. By age 7, I was almost certain he didn’t exist.

I wasn’t going to say anything. I was on the dole. I couldn’t have the toys and gifts stop. I just went along with the rhetoric of St. Claus as a magical man.

By the time I was 8, I couldn’t take it much longer. I went to my parents and told them I couldn’t play the charade anymore. I needed to know the truth.

I learned two things that day. First, I learned that the gifts wouldn’t stop, whether I believed or not. I also learned that to make it in this world, you have to question everything.

I’m afraid that your good intentions have been stolen. As Americans, we’re fatter than ever. It’s not our fault.

There are many places to point the finger. Since I’m America’s Angriest Trainer (at least that’s what I call myself), this blog will take you through several scenarios on why we get fat and stay fat against our better wishes.

The Corn Refiners Association has spent tons of money lying to us that both are equal. “Sugar is sugar,” they claim. They do it in an All-American, wholesome way. Everyone in the ad is lean and good looking.

They claim they have the research to back it up. They even tell us to do our own research. Listen to the experts, and “get the facts.”

They’re basically telling people to Google it. So what happens after a quick Web search? We find an unassuming Ph.D (not a professor, but an associate professor) named Kristine Clark who shills for high fructose corn syrup.

How do we know she’s a shill? The Corn Refiners Association actually uploaded all of her videos.

Clark also uses a condescending tone, treating us like babies who are wrong. According to her, high fructose corn syrup is not only equal to sugar – it’s better.

What kind of idiots do they think we are?

Keep in mind, she comes from Penn State. Remember that school? Apparently they think football is more important than child molestation.

See the video for yourself:

I’m not asking you to take my word for it. I’ll put a link so you can find a guy who really knows what he’s talking about – Dr. Robert H. Lustig, M.D. He’s an endocrinologist at the University of California San Francisco Center for Obesity. He’s a foremost authority on obesity in the world. Last I checked, he wasn’t “cleaning bedpans” at a state school. Here is a link to a video where for 89 minutes he spells it all out in great detail. Who’s he speaking to? A room full of doctors.

Truth be known, if you’re trying to lose weight, too much sugar is not your friend.

Think of me as your trainer now. If you have any questions or comments, feel free to share them on this site. 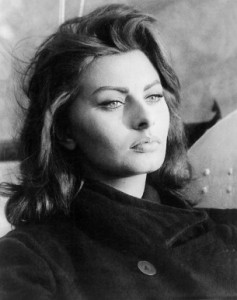