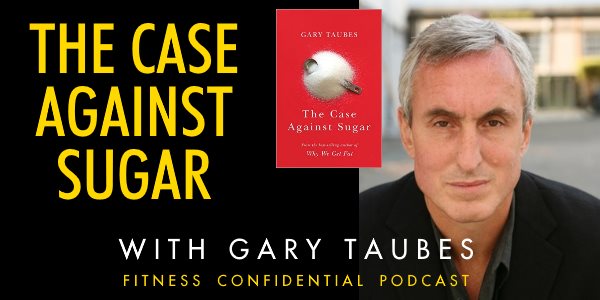 : Episode 731 – Best-selling author and investigative journalist Gary Taubes returns to talk about his new book The Case Against Sugar and how the medical community and government are resisting the overwhelming evidence of sugar’s harmfulness.

(3:15) – Taubes talks about how he was initially reluctant to be on Vinnie’s podcast a few years ago because his message is so important he had to act like an adult. He acknowledges that Vinnie’s podcast is “a thing” because he makes it fun and also let’s the anger towards the people perpetuating lies about nutrition come to the forefront. It’s a hard tightrope to walk sometimes.

(4:20) – We have a fundamental problem because there are so many countries with government-sanctioned nutritional guidelines that are based on bad science. Anyone who gives dietary advice contrary to the popular beliefs is labeled as a radical.

(8:00) – How do you respond to people who point to Southeast Asia as examples of high-grain, low saturated fat cultures that have a historically very long life span and fewer cases of obesity, diabetes and heart disease? Dr Taubes points to the fact that these cultures also have a significantly lower sugar consumption and are about 100 years behind the Western world. Their heart disease rates are very similar to what ours were 100 years ago when we were consuming a similar amount of sugar.

Modern nutrition science is based on all these belief systems that, in turn, were products of the technology of the time. This whole idea that obesity is an energy balance, a calorie problem is because for the first 50 years of modern nutrition from the 1860’s to the 1920’s, all nutritionists could do were measure energy in foods and the  energy expended by people

– The idea that sugar okay to add to foods (like milk) because sugar is “empty calories” and at least kids will get the “good stuff” is 100 year-old thinking.  This ignores the bad stuff and the consequences of eating all the sugars and refined grains.

– The prevalence of obesity has increased 900% in the U.S. since the 60’s. Essentially, it is a pandemic.

(18:40) – The World Health Organization has stated that the statistical likelihood of curbing this trend is zero. But they won’t really get around to the truth of the matter. There is much internal institutional resistance to anyone who believes differently than they do.

(24:30) – The sugar-hypothesis wasn’t fully-formed enough in the 60’s and 70’s to counteract the fat-hypothesis that became institutionalized at the time. At the time, the consensus was that dietary fat caused obesity and heart disease.

CAUSE OF INSULIN RESISTANCE

(32:00) – Even though physicians recognized 2 different types of diabetes as far back as a couple thousand years ago, it wasn’t until the 1960’s that doctors realized that Type 2 Diabetes was actually a disease of insulin resistance, not insulin deficiency. That is when there appeared some compelling evidence that the fructose component of sugar (sugar is roughly half fructose, half glucose) was the primary cause of insulin resistance.

– That is the primary hypothesis Gary is presenting in The Case Against Sugar:

If sugar and high-fructose corn syrup, because of the fructose and the speed in which we consume them…if they cause insulin resistance, then they cause Type 2 Diabetes and they cause obesity and they at least exacerbate, if not cause, the diseases associated with them.

(44:00) Vinnie often takes calls from Vegans who are complaining of low energy and stalled weight-loss. Gary explains that the issue is complicated and that one can’t come up with a certain solution just based on observation. Controlled medical studies are needed to prove anything conclusively.

(48:00) – We live in a world where the same people who have overseen this horrendous national epidemic are also the ones winning awards and being lauded by the medical community and the government.

– The only people who stand to gain from getting the story right except for the patients.

– Taubes spoke at a convention with a very prominent vegan owner of a large grocery chain. When Gary tried to get him to start a program designed to help get people off sugar, the person refused to talk about anything other than the meat issue.

(50:50)  – There is progress in the anti-sugar and Taubes predicts we will be consuming 50% less sugar in 20 years. The problem is how to fix the people who are already broken.

(54:30) – Several of Vinnie’s guests feel that removing sugar from America’s diet would solve the obesity problem very quickly. Gary finds it crazy that we have this dietary intervention that is so effective but the medical and health communities have defense mechanisms in place that prevent them from accepting it.

It’s crazy that you have this dietary intervention that is so remarkably effective, and yet you’ve got all these defense mechanisms in place by doctors, by nutritionists, by dieticians, by the pharmaceutical industry and the medical industry and the organizations so that they will not accept it.

– Many researchers in the nutrition science initiative are programmed to think one way that they can’t escape their paradigm and will never be able to see the truth.

(1:00:00) – Doctors assume that patients would rather take a drug than try to change their diets to a ketogenic diet. Also, it’s easier for the doctor to prescribe a drug than go through the effort of changing the patient’s diet.

– Doctors are afraid to rock the boat  because of liability issues. Low-fat diets are considered “standard of care” and doctors will get in trouble if they don’t follow it.

– On the other hand, doctors really do care about their patients and really want to see them get healthier. It is the job of people like Vinnie and Gary to show doctors that it is safe.

THE CASE AGAINST SUGAR

– While most in the medical industry agree that sugar isn’t all that great for you and it probably should be eaten in moderation, the question is how bad can it really be and what could our population look like if we didn’t have sugar.

– The book captures the history of the controversy over sugar and the role the sugar industry played behind the scenes using tactics very much like the cigarette industry.

– Mothers have been passing along the predisposition to become obese and diabetic to their children in the womb.

– It’s a fairly short but comprehensive and understandable book that explains what the role of sugar plays in the diet and society.

– There is even a discussion about how tobacco used to be soaked in sugar before turned into cigarettes.

– A child of a woman who is diabetic during pregnancy has a massively higher chance of becoming diabetic by the time they’re 30.

– Add sugar to ANY diet, vegan, carnivorous, whatever, and eventually you will get obesity and diabetes epidemics.

Get The Case Against Sugar link and links to many other recommended books at the NSNG Book Club. 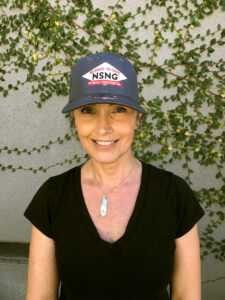