Between the two of them Luke & Sandy lost almost 300 lbs by adopting the #NSNG Lifestyle!

Here is Lukes email to Vinnie……

Our story goes way back to the mid 90’s when my wife, Sandy, and I met in high school. I was an athlete growing up. I played soccer, baseball, football, basketball and cross-country. I ate pretty good and exercised a ton so I was never overweight. My wife grew up the exact opposite of that. Her family ate a lot of processed foods and she wasn’t as active as I was. So after we graduated from high school we got jobs, got married, moved in together and started living our lives how we wanted to live them. That meant working a lot, eating at restaurants and not exercising at all. Lol! It was a ton of fun! But after 10 years of doing that it really started to catch up with us and it really hit us hard in 2011. 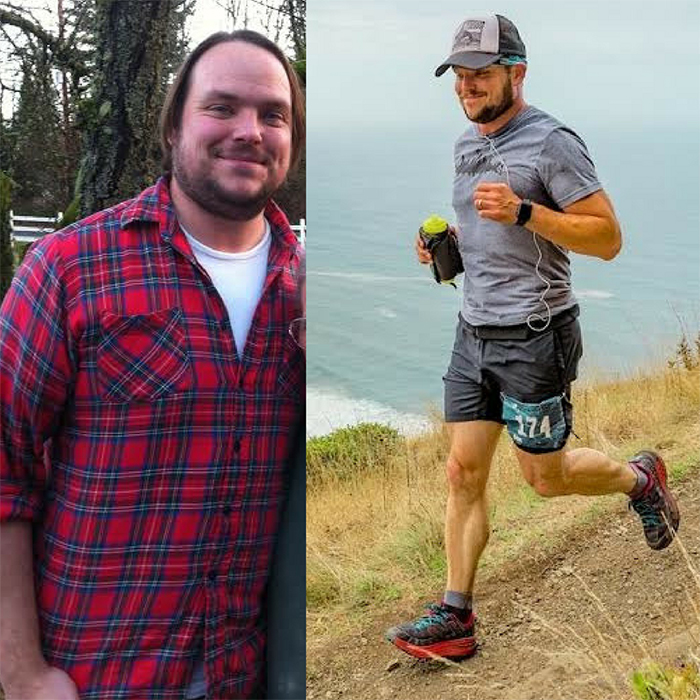 In May of 2011 we had our daughter Marley. It was a fairly normal pregnancy but my wife had gained so much weight by that time that it was making working and getting around difficult. I’m not exactly sure how much she weighed but I think it got close to 400lbs. I went from 172lbs in high school(1996) to almost 250lbs in 2011. We were super unhealthy and on top of that we were about to get two really big wakeup calls. On May 12, 2011 my daughter Marley was born. She weighed 10lbs 7oz. My wife had gestational diabetes that was masked by the meds she was taking to keep her weight steady during pregnancy. Because of that my daughter got really big. When Marley was born she had breathing problems and super low tone. They poked at her with needles all day long trying to find a vein to give her nutrition but couldn’t. That night, at 10 hours old, she had three seizures. We don’t know why it happened but I thought it was from the constant stress of being poked and worked on. We would eventually find out a lot more about her seizures and why they happened over the next six years.

The second wake up call was later that year when my work had our yearly insurance exams. I went in like I always did and got my blood work done. When the results came back a little while later the guy sat me down, looked me in the eyes and said, “Luke, what are you doing to yourself? You have a new daughter!”  He told me that I needed to go see a doctor ASAP. It turned out that all of my numbers were sky high and I had a really bad case of Type 2 Diabetes. 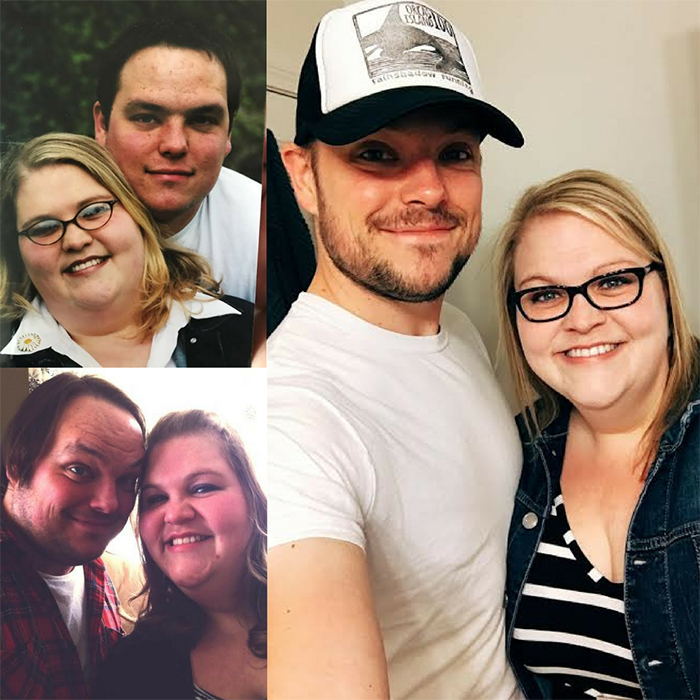 Over the next 3 years I worked the diabetes plan from my doctor and took my weight from around 250 and brought down to about 236-238. My numbers were getting better but not where I wanted them. Then one day in 2015 I was listening to the Adam Corolla  podcast and Vinnie was on the show. It was the first time anyone had ever made eating well sound so easy. I went home and told my wife about it and let her know that I would be starting NSNG immediately. After a few weeks of watching the pounds melt off of me without exercising she joined in. The pounds immediately started melting off of her. Now after almost three years of eating and living the No Sugar No Grains (NSNG) lifestyle, I am only a few pounds away from my goal weight of 189 and my wife has lost around 90 pounds. I am totally off my diabetes medication and I have also taken up running and soccer again and did my first 50K this past October. I have a 50 mile race and a 100 mile race on my radar for later this year and early next year. I just turned 40 and I have never been healthier.

I mentioned earlier that along with my daughters seizures we would find out a lot more about her over the next few years. My daughter is six and a half years old and has maybe said one word (owl). She didn’t walk until she was almost 4 years old. She was diagnosed with autism back in 2016 but she had another even bigger problem that the doctors couldn’t figure out until last month. After a ton of genetic testing over the last 3 years we finally have a diagnosis. My daughter as a super rare genetic disorder, Jordan’s Syndrome or PPP2R5D, that has only been diagnosed in 48 other people in the entire world. My daughter Marley will need to be cared for for the rest of her life. I know anything can happen(car crash, falling trees, bear attack, cancer, etc..) and I’ll eventually die of something. But it won’t be because of my diet. You have given my wife and I a shot at a long healthy life so that we are better able to take care of our daughter for as long as possible. We’ve purchased vitamins, coffee and consultations from you but we will never be able to repay you for what you’ve done for our family.

Thank you for changing the lives of me, my wife and daughter.

⠀⠀⠀⠀⠀⠀⠀⠀⠀
Learn how to lose fat for good with a No Sugar No Grains lifestyle, print your Free 24 Page Introduction to NSNG®

See ALL the No Sugar No Grains #NSNG – Before and After Stories
⠀⠀⠀⠀⠀⠀⠀⠀⠀
If you would like to share your NSNG® story with Vinnie please email your photos and story to  us here.
⠀⠀⠀⠀⠀⠀⠀⠀⠀
Join Vinnie over on Twitter where he answers all your NSNG® questions  @vinnietortorich